Saturday morning in Wisconsin it was snowing. Training camp for soccer took one son out of the house. A trip to the YMCA for a quick workout took the other son out. My husband had errands to run. This left me home alone, which is something I usually do not mind.  We had been invited to a friend’s house for dinner and not told to bring anything when I asked.  But, being brought up in a more “proper time”,  I decided that I would make pizzelles which could be taken with us for dessert.

Pizzelles are an Italian cookie. We have a pizzelle press that is part of a waffle iron – Panini combo appliance.  We did not get around to making them this holiday season, so I thought it a perfect activity for a slow, snowy, Saturday morning.  Music. I needed music to complete my kitchen experience!  Wandering over to my CD rack in our deck, adjacent to the kitchen, I immediately grabbed a new Carpenter Love Songs CD that I received last year (2016) for Christmas from my husband. I have listened to this once or twice before but was more than ready Saturday morning to sing along with Karen’s low, sultry voice, while she was either on Top of the World, looking for love, or lamenting the fact it didn’t work out. Into the under cabinet CD player went the disc. Soon, Karen was crooning, Richard was tinkling on the keys as he did so very well, and saxophones or flutes were being played for extended solos. I was reliving the 70’s all over again, only in my own kitchen – not my bedroom of my parent’s house!

The pizzelles were made, but not without a quick trip to the grocery store by my husband for more baking powder. Luckily, we noticed this before I was left with a plan but no car to find a new supply at the grocery store.  The half batch (for which I had enough baking powder) turned into a full batch and I started to put the dough onto the heated griddle form.  Pizzelles contain anise. I love anise. It is my favorite additive to baked goods. I would much rather add anise than vanilla.  But, the recipe from Cooks.com called for 4 Tbsp. of anise! WHAT?! Four tablespoons is a ton of a very potent licorice flavoring. 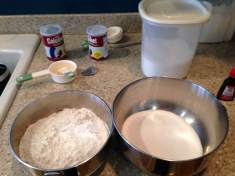 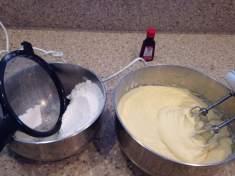 I know that not all people like anise the way I do, so I halved it.

Then, figuring out the right size dollop of dough to put on the press was a challenge. First, too much. Then, not enough! Ugh!  The iron seemed too hot at first, as they pizzelles were a little too brown and then, not hot enough after I backed off on the suggested 3 minute bake from my husband. 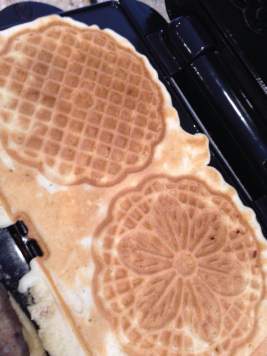 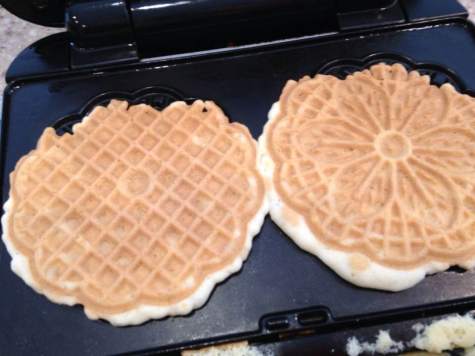 The Carpenters continued to croon. Soon enough working the pizzelle press was down to a science, albeit not an exact one, and I was dancing around in the kitchen, drinking coffee, and listening to some of my favorite music from days gone by.  I was, quite figuratively, on the Top of the World!  Not bad for a slow, snowy, Saturday morning in Wisconsin. 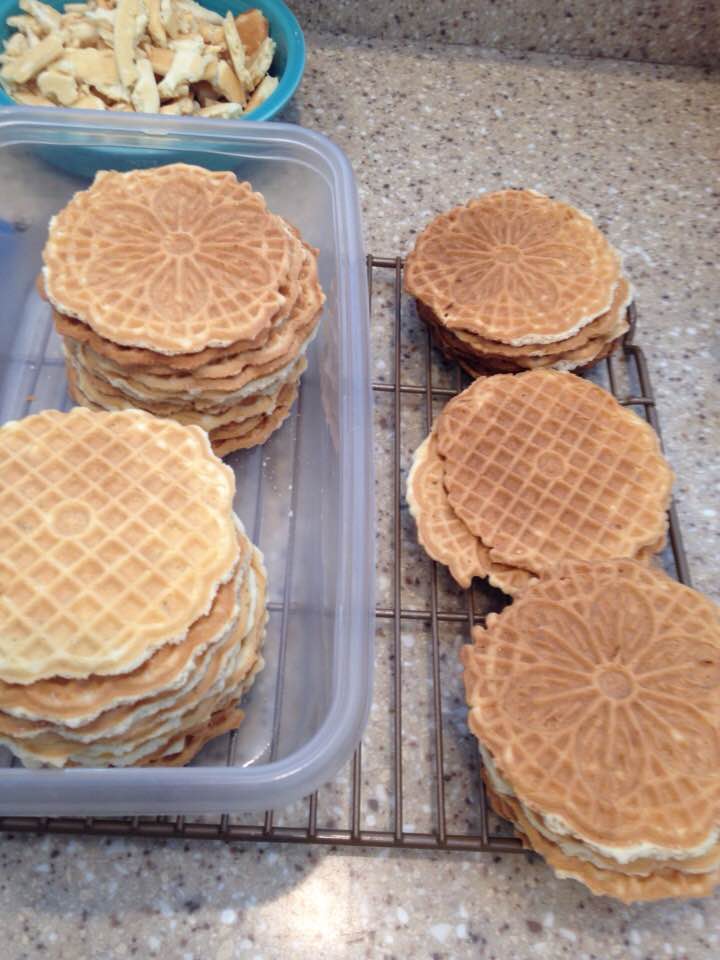