When our boys were smaller we had small several cheap remote control animals. One was an ugly spider with beady red eyes. It was a source of bad jokes, like the time it was put in their Aunt’s bed, under her comforter, when she was visiting.  The boys got a kick out of scaring her or at least trying to scare her!  Over the years, the spider was misplaced, being put in various different locations after being used to try to scare an unsuspecting visitor or family member.

It, or a spider very much like it,  made an appearance again this morning! My husband came out of the laundry room where he showers and asked, “did you put that spider in there?”

“What spider? What are you talking about?” I said in return.

“That big, black fake spider, it’s on the floor and I stepped on it! It scared me!” he replied. 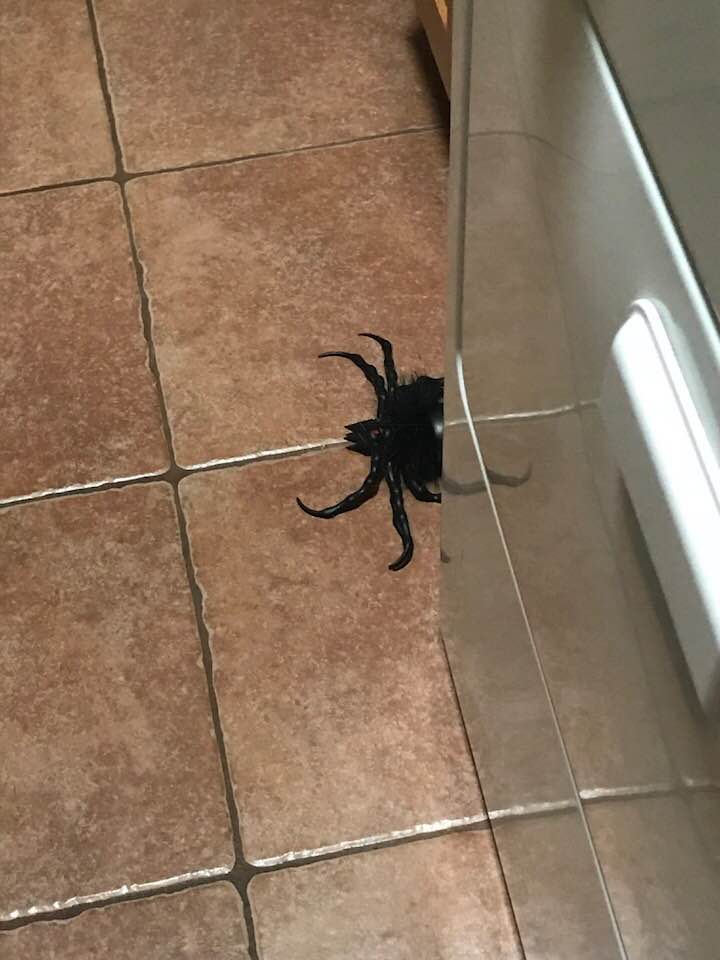 Still somewhat confused, I asked, “The one the boys used to put in your sister’s bed when she came to visit?”

“Yeah, that one!” I heard him say as I went into the laundry room to take a look. 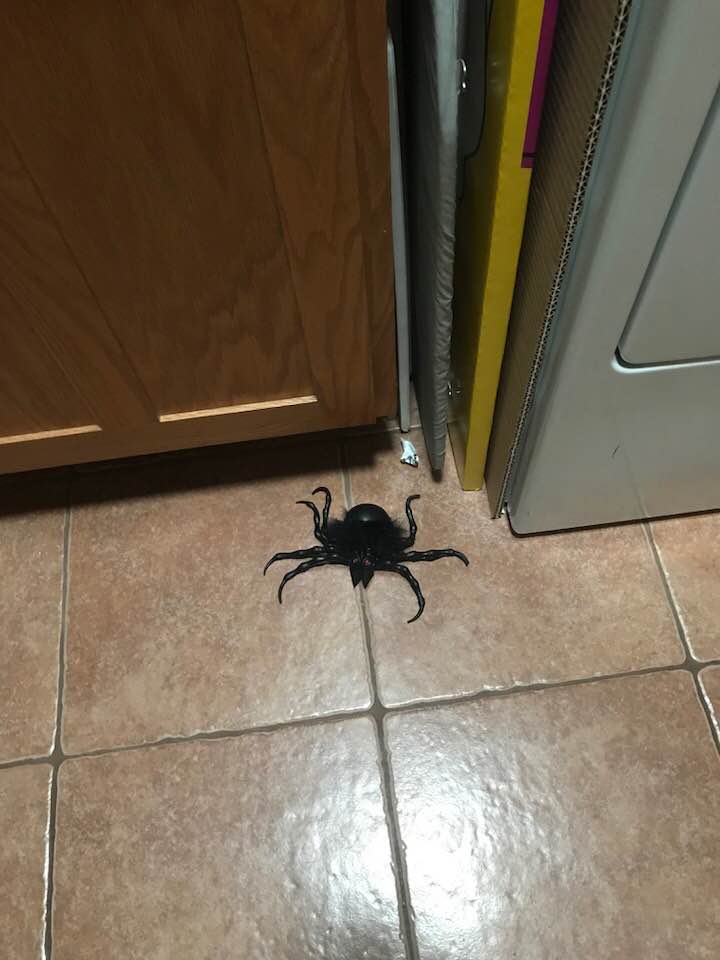 Sure enough on the floor, near the dryer, was the fake black spider with the beady red eyes! I laughed. “It must be Matt trying to prank us. He must have found it while he was packing his boxes for school. It’s kind of funny actually!”

“Well, it scared me! I just stepped on it without my glasses on and didn’t know what it was!” I chuckled and thought to myself, well, that is kind of the point, isn’t it?!

Arriving in the kitchen for a quick breakfast before heading to the YMCA, Matt appeared. “Hey – did you put that spider on the floor in the laundry room?”

Bored and sleepily he answered, “What spider, Mom?”

Reluctantly, he went around the corner to the laundry room to look. Next, I heard, “It wasn’t me! I didn’t put that there!”

“Oh, sorry!” I told him. “You got blamed for it! I though maybe you found it while packing and put it there to scare me!”

My youngest came home from soccer practice. I asked him about the spider. He denied it as well, stating that it was there in the morning when he showered at 6:15. He didn’t know where it came from.

Okay. So, it wasn’t there at 10:30 last night when I went to bed. It was there this morning when my youngest showered at 6:30. Hmmm?! Well, it is a fake spider, so it didn’t walk into the laundry room on its own, I thought to myself.

I’m guessing the prank’s on me! I had a bad day yesterday and am thinking this is the way my 18-year-old and his friend were trying to make today a little brighter! Ah, you have to love a good prank! However, it is still being denied.  But, to whoever is responsible, just so you know, you did make my day much brighter than the darkness of yesterday.  Thank you! 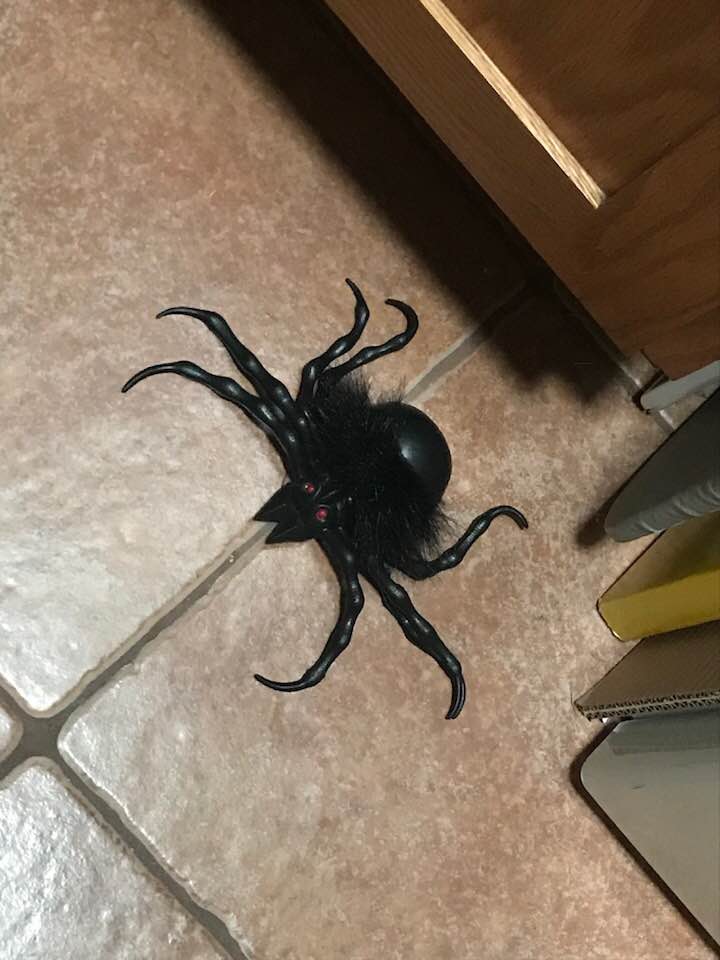 And, now, I’ll go put the spider away, until it’s time for to play another prank!