For the last twenty hours, I have been doing a lot of thinking about food. There are reasons for this that I will share in my post today. I might be broaching on a somewhat sensitive area, so consider yourself warned!

Yesterday, I left work before lunch. I only work part-time and had completed my hours for the week. Wanting to stay out and do some errands, I decided to stop at a Culver’s Restaurant in our area that is close to the stores to which I was headed. It was busy, as it usually is at lunch time. I ordered. A bowl of chili and a cup of coffee. Do you see any problems yet?  I sat and waited for my food to be delivered to my table, as is customary in this eating establishment. People around me were being served. I got my meal. It was then, I noticed! Everyone around me was eating fish – everyone!  Ah, it was a Friday in the Christian season of  Lent!

Well, let me tell you, I never felt so uncomfortable eating a bowl of chili in my life. I felt that all eyes were on me, as I ate my chili (yes, complete with hamburger meat), as they ate their fish. You know, I am a Christian, but I did not even think about it being lent when I ordered. And, I am not Catholic – but raised in another denomination – where Friday Fish Frys were also prevalent but not mandatory and one was not forced to give up meat (or something else) for lent. I get it. I’m not saying it is a bad idea – making a sacrifice to symbolize your faith. But, all those strangers’ eyes on me made me very uncomfortable. And, I’m not sure I would stare someone down – someone I do not know at all – if they were not eating fish on a Friday in Lent.  Live and Let Live, is that not how the song goes?

You might wonder if I felt guilty, which I do not believe was the case, but I did feel judged. And, that is what bothers me. It was a Friday in Lent, I ate out, and ordered chili. I think it is okay.

Furthermore, as I told this story to my husband last evening, I realized that we had made panfish (locally caught) on Wednesday night for dinner. Fish. On a Wednesday. During Lent. Does God know the day or season that it is prescribed we eat fish or abstain from meat? Wednesday vs. Friday? Lenten Season vs. Non-Lenten Season. Probably not, at least I don’t think so.

I know there are others who feel strongly different, I am not looking for an argument, just to not be stared at while I eat my chili.  Enough said.

Donuts are one of the joys of life. They are decadently delicious and definitely not good for you! But, we eat them and enjoy them immensely. In our house, we are trying to eat more healthfully, but in honor of our college student being home on Spring Break we bought some donuts for breakfast this morning.  Trying to be “good,” I had a half of one – a fry cake with some white frosting with green swirls, in honor of the St. Patrick’s Day Holiday approaching.

My donut was just not satisfying! Donuts today all taste the same. This should have been denser, richer, heavier, but instead was like a lightweight cake mix. Not a donut. I was very disappointed. This is not the first time I’ve been disappointed in my donuts. I have the feeling it is because they are from the supermarket, and not a donut shop. But, even that, in the recent past has not quenched my need to not have every donut taste the same – even if they are made to look different. My favorite kind used to be a French Cruller. But, it’s been years since I had a cruller that really tasted like what I remember. They had big pockets of air, created by the use of many eggs and a special dough called Choux.  I think that we started to notice the lack of donut differentiation when we had a major donut chain here about ten years ago (I am guessing on the timeframe for those of you who remember this).  I won’t mention the name because I’m not out to bash them, but every donut there tasted the same – even though they were made to look different and carried different names. The store did not last long, only a couple of years, long enough for my young boys to be able to go and stare at the donuts come off an assembly line machine. But, I do believe it was the start of my donut snobbiness.

Today, when we return to Buffalo to visit family, one of our first stops is Paula’s Donuts. These donuts still taste different despite all coming from the same bakery. And, they are delicious. If we’re really lucky and my sister in law has room, she’s even brought a dozen to us when she travels out to see us by plane! Yup – donuts, hot dogs, wings, and kimmelweck rolls, we have not found a place yet that these foods are made like they are in Buffalo! 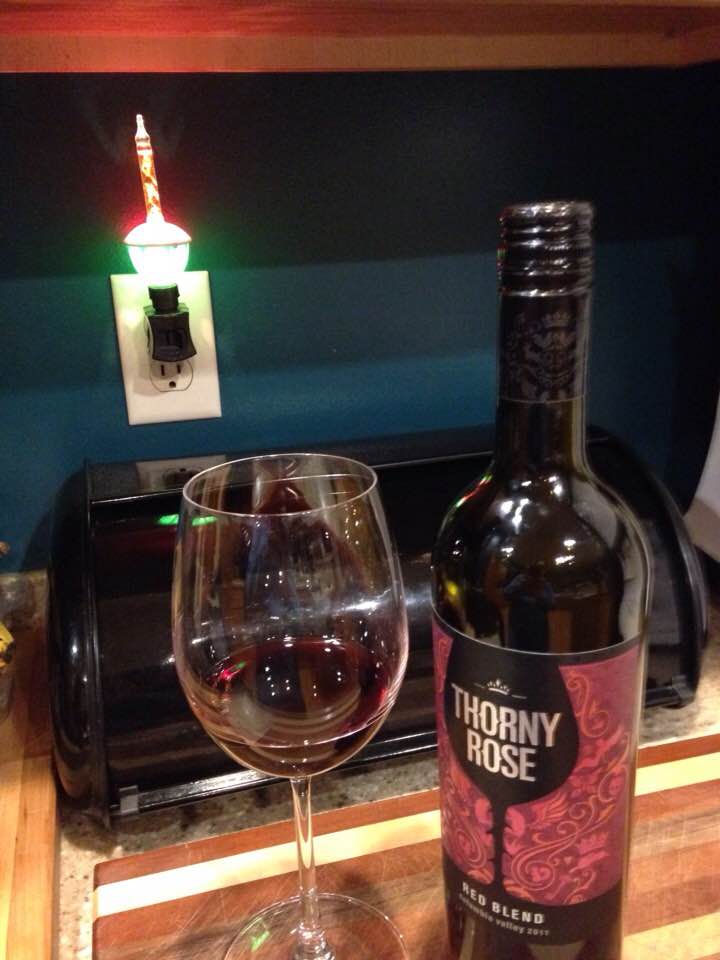 My last story is about wine. I will try to keep it short. Afterall, wine is a beverage, not a food. But, I have discovered, much to my refusal to believe it, and preference for it, that red wine has a couple of unfortunate effects on me. 1) It does what most alcohol does, and that is cause early (read: middle of the night) awakening that leads to insomnia and the swirling of thoughts at 2 a.m. as was the case last night. This is true even if I have only one small glass, as is usually the case and was last night.  2) Red wine bothers my stomach – unlike a glass of white wine or a beer. I never had this stomachache issue in the past, and am sad I have it now.  3) I still like the taste and enjoy a glass. But when I am awake from one to three a.m., or get a stomach ache from one glass of red wine, the enjoyment falls away to frustration as I find I cannot shut off my brain.

So, there you have my food stories for today – a brightly lit Saturday in mid-March. Enjoy your day, and your food! Just be sure to not stare anyone down while they eat!