Today’s post will be somewhat brief. Primarily, because there is not much to be said except we must never forget what happened on September 11, 2001.  The Alan Jackson song that asks “Where were you when the world stopped turning?”- sums it up. It asks us to remember. Do you remember where you were? What you were doing? Most of us, of a certain age, will always remember where we were and what we were doing when the Twin Towers in NYC were demolished, filling unsuspecting employees and visitors with terror and thoughts of never seeing their loved ones again. Death – on a grand scale, was what we witnessed.  Truly, it is unimaginable what it must have been like for those involved in the terror of a collapsing building and those who immediately rose to action to try to save the same.  It is one of those events so heinous that it is burned into your mind for all eternity. Its scope was meant to inflict pain on all Americans, not just those in the Twin Towers or the NYC metro area. It was a wound that would not only scar the ground where the buildings stood, but the hearts and minds of all Americans. Being a mid-westerner, I can attest to that.  Certainly, the wound was deeper, more painful, and harder to heal for those who lost loved ones or became sick from the aftermath, or had to look at a gaping hole in one of the greatest cities in the world, but it effected us all. And, the memories of it still should affect us.  It should be a wound that is never completely healed, only scabbed over – for memories can be powerful and function to alert us to future dangers or work to avert them.

I remember. We had a five-day old infant, the youngest of our three boys and for some reason was standing watching T.V., while I rocked him.  I had the Today show on – something I watched years ago, but not any longer.  My toddler was still sleeping. My husband was at work. My school pre-school child was at school.  Holding my newborn, I watched with horror as a plane crashed into the first Tower, and then the another into the second. I had a sense of disbelief.  What had I just seen?  I watched as the building came slowly down, as people were running, screaming, and certainly dying. It was gripping. It was malevolent. It was real. My husband called from work. He had seen it too. So, had millions of other Americans. Terror. At home. America was wounded.

I have since visited NYC – and the subsequent 9-11 memorial at ground zero. I feel it is something all Americans should strive to visit, at least once. It is difficult not to be affected by the names on the memorial, by the gravity of what happened there on “that September day, When the World Stopped Turning”  (Alan Jackson, Metrolyrics website) The wound is real, it is there for all to see. 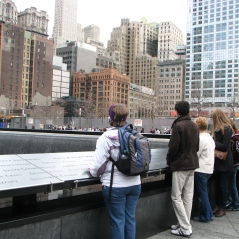 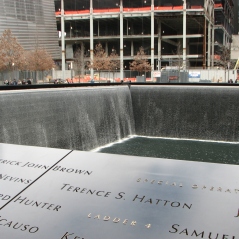 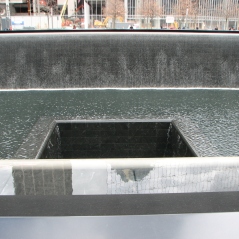 It should remind us of what we have – Freedom. It should remind us to live each day fully. It should tell us that you never know what the day will bring. It should encourage us to use our time well on this earth. It should tell us to love each other – our families, and even strangers. And it should be a reminder that, unfortunately, there is evil in the world. We all need to be a little kinder, a little more tolerant, a little more loving, but never lose sight of the reminder the affect 9/11 has had on us all. Take a moment today to remember what we have, and what we lost.

Freedom is Not Free. 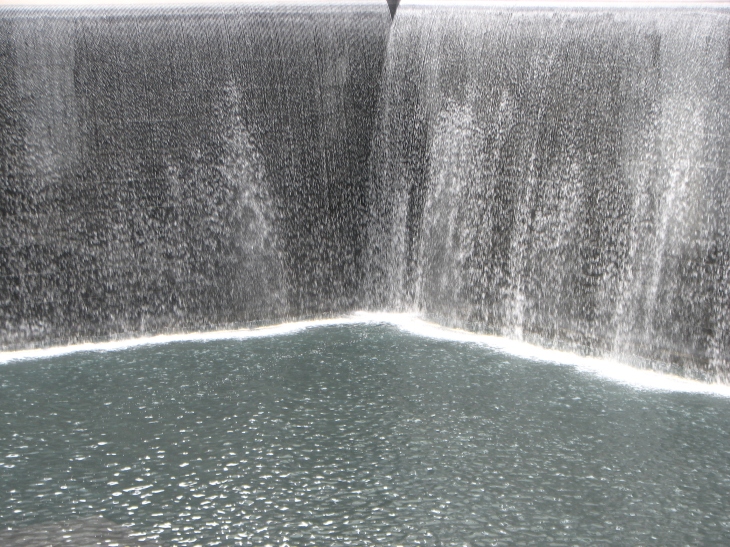