So, I’m watching an old episode of the television show Everybody Loves Raymond, where his son is staying home from school. The boy is maybe seven years old. It comes out that he has school phobia because he was teased.  He accidentally called the teacher, “mommy” when he asked her a question. His classmates heard and teased him, causing his reaction to cry.  Hence, he didn’t want to go to school. He was afraid of the teasing.

Oh, boy! Is this a familiar scenario? It could have come right out of my own past! I was what is commonly known as a crybaby. I cried in elementary school over a number of things which were commonly the result of being teased.  I was teased about my weight (being underweight is as terrible as being overweight), being a teacher’s pet, being smart, and being upset when I got things wrong. I even got visibly upset when the boy who  sat behind me in fifth grade picked on me. It was only years later that I realized his teasing was because he liked me and he did not have any other way to show it.

My mom was a third grade teacher in the elementary school where I went as a student.  When I was in second grade I suffered the most grievous of events. I peed my pants!  It was mortifying.  Here is what happened:

We had gym class and were all sitting in a circle on the gym floor. I believe we were going to play duck-duck-goose or some similar group game. Our gym teacher was tough.  She was what we would have called  a “tom boy” back in 1970.  Anyway, several students asked to get up to go to the bathroom leaving the circle. She let several students go back into the locker room one at a time. Finally, she got upset, realizing this was just a ploy to leave class. (Yes, students did this 40 years ago, too.) She said, no more bathroom trips!

Well, there I was, finding I truly needed to go to the bathroom. I took a chance and asked. “No,” was the reply.

After a few more minutes, I asked again, pleading, “but I really need to go.” 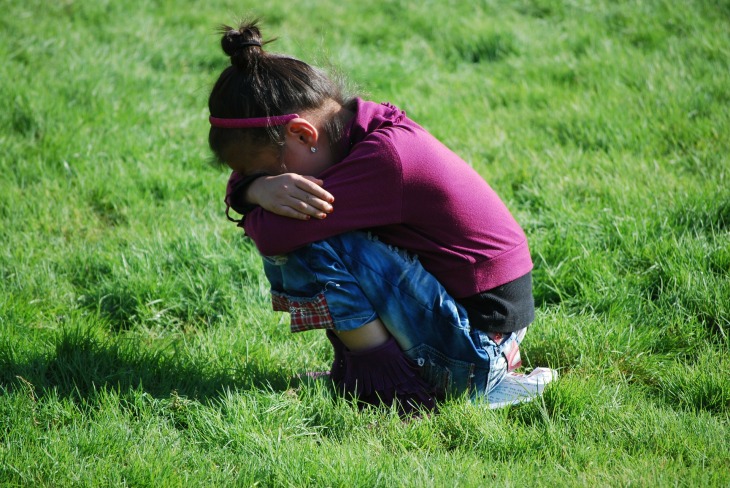 I sat, embarrassed, holding in my ever-expanding amount of pee.  And, eventually, a warm, yellow puddle formed around me on the gym floor. I had peed my pants! In gym class, in front of my friends and classmates, I wet myself like a baby!  The tears started immediately. And, teasing followed.  It is one incident when I remembered being highly embarrassed; I was embarrassed enough to cry.

Sadly, I too, went through a period of school phobia after that. Since both my mother and father worked, I had no choice but to go to school. Teasing continued – not about the gym incident which i think was quickly forgotten by everyone but me, but about other things. I was what was called a sensitive child.

Eventually, I realized that many things led children to tease other children.  Some see a vulnerability and aim to wield power over the person whom they tease (the vulnerable one). Some, do not how to interact with those whom they really want to become friends. Some might be jealous of a certain trait the person they chose to tease possesses.  And, unfortunately, some people who tease others are just mean.  It took me a while to realize there were many reasons  why I was the brunt of a lot of teasing in my K-12 years. My reaction, however, was always to cry. This, of course, did not help my situation at all.

Everyone, my parents, my grandparents, my teachers, my guidance counselors, and yes, even my spouse, all told me to stop being so sensitive at various points in my life. It seemed, back then, the problem was mine, not the students who were bullying me. I guess I was an easy target but it was a case of blaming the victim, for sure.

Years later, and after having a few embarrassing episodes of tearfulness in professional situations, I now realize I have emotional overexcitability and work to keep it in check.  Being an emotionally sensitive person is not all bad. I like to think it makes me have a high degree of empathy for others and what they are going through. It also makes me a gentler teacher with my students. I admit, to this day, I have trouble telling someone they cannot leave a class to go to the bathroom – even if I do think it is a ruse!

Just because one might be a crybaby growing up, does not mean one should shy away from life, such as school, groups, activities, and work. People mature, learn to handle their emotions, and can make valuable contributions to society even with a history that includes crying when you pee your pants!

And, that is very similar to the story that Raymond, on Everyone Loves Raymond, told his son!