My husband went to Munich, Germany with his sister in October of this past year. It was a celebratory trip since they were both now retired.  While they did not go during Octoberfest, they still managed to frequent several beer gardens and imbibe the local beverage of choice on a daily basis. 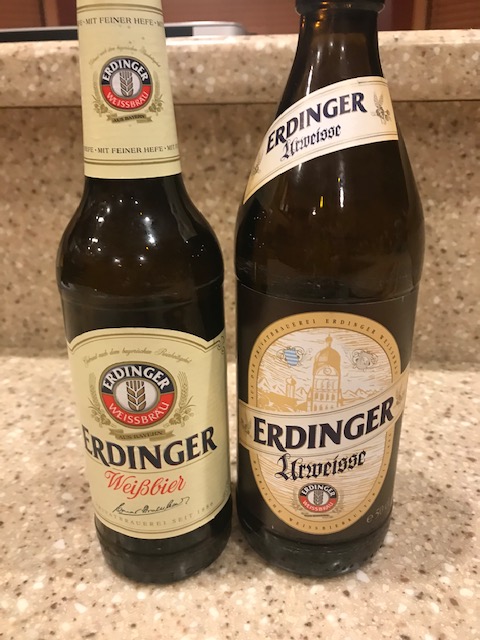 Upon their return, my husband proclaimed that he never had beer as good as the German beer he had while on vacation! They brought some of his favorites home to give us a taste. His preferred German beer is now Erdinger Urweisse. It is a Bavarian wheat beer and similar to the Blue Moon and Spotted Cow that we drink here in West Central Wisconsin.  The recipe of Erdinger Urweisse supposedly dates back to 1886! 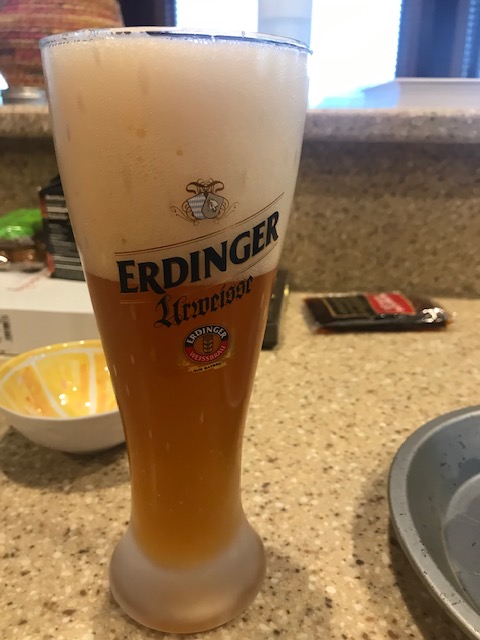 The Erdinger brand offers other beers as well. We got to try Dunkel, which is a rich, aromatic dark beer. I tend to enjoy these more than my husband and the Dunkel did not disappoint! The recipe for Dunkel came a little over a century later than the Urweisse.

Since their return from Germany, we’ve been on the hunt for Erdinger, but unfortunately, it is only imported to certain cities in the United States and ours is not one of them! From what I can tell it looks like each US coast imports this beer, but not anyone in the mid-west.

Before we tried the Erdinger brand of beer, my son had me try a brand by the name of  Franziskaner. It is also a Bavarian-style wheat beer with a fresh taste, brewed since the 1300s. We have enjoyed this beer for a few years now and even chose to have it on his birthday when we were in Den Haag, The Netherlands back in 2016.  It is easy to get this brand in our grocery stores. Franziskaner Weissbier is produced in Munich by a brewery Spaten-Franziskaner-Bräu GmbH which indicates the Franziskaner Brewery joined with the Spaten Brewery.  This occurred in 1922. Today, according to the Doctor Ale website, the Spaten-Franziskaner group is owned by AB InBev (which is Annhauser Busch InBev)! Surprise! Surprise! 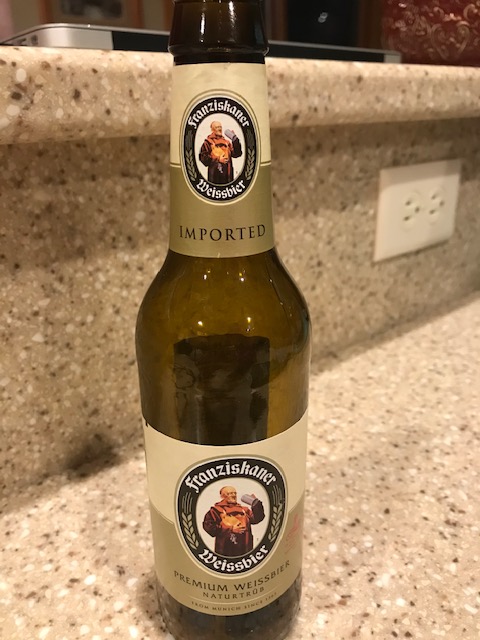 Looking for German-made imported beer here in the grocery store is kind of fun. We are all willing to try different brews from different breweries, so it ends up being a kind of taste test prior to dinner when everyone is home.

Do you try the local drinks when you travel? If so, what have you discovered? I look forward to reading the comments!