Recently, I’ve given a lot of thought into the cultural phenomenon of talking over someone. You might know this better as interrupting.  We spend a lot of time in schools today on character development and teaching kindness. And, while that is okay and I do understand the need for it, I think that in some way we are missing the boat.  It’s easy to show kindness because in many cases it is tangible or observable. But, being a good listener? Not so much.  Listening is what I would classify as an intangible skill and one that is not innate, especially when considering the exposure to the high pressured talk in the media and on social platforms.

In our wifi connected world, we do not, and are not, teaching our children to communicate well. Our attention is divided between the screen on our device – phone, computer, iPad, tablet, etc. and the people we are with during the day. There was a saying I saw while reading about communication styles and listening. It went something like, we have two ears and one mouth – that means we should listen twice as much as we speak! Wow! Do you think you can do it? You should doubt your answer if it is yes.

Attentive listening skills include eye contact, leaning in or towards the person speaking, and not interrupting or talking over the person who is speaking. It is this last skill that I see many people not able to perform. Commonly, we jump into a conversation and speak while another person is speaking. This is known as talking over but it is also an interruption. Sometimes, it is done to show agreement or a connection with the speaker’s words. Other times, it is done to override, show dominance, or as a mindless lapse of manners.

Being talked over is a problem

Personally, I found I was being interrupted so often when I spoke, I did a search on this topic and asked, “am I doing something to encourage being talked over or interrupted?”  The answers I found were interesting, and surprisingly enough, dated back over ten years.

To summarize, the answer is to not take being talked over personally. If someone is doing this to you, they are probably doing it to everyone – in other words, it is their style or habit. Do not get me wrong! It does not make talking over acceptable or any less rude; it just makes it common and not personal.  It is still very deeming when it happens, and even more so if it happens often.

Okay, I can accept that it’s not me causing it. But, how does one stop it? Because if you take a minute to notice, interrupted speech and talking over takes place all over the media, making it seem an accepted form of behavior. Take the recent Democratic debate, for example, the candidates all talked over one another and the mediators talked over the candidates. This behavior is unacceptable, no matter what stage it occurs on – in your kitchen or in a national forum. But, since we see it so often, performed by those who are our supposed leaders, we begin to believe it is acceptable.

What’s the big deal? Why is talking over unacceptable?

When you interrupt or talk over someone, whether it is intentional or not, you send the message that what you have to say is more important than the person speaking. This shows disregard and disrespect towards the person you interrupted. It is hurtful. It is. There is no other way to put it. Furthermore, as the thought process of the person speaking was interrupted, their ideas might be lost. Creativity is stimied. And, answers – that they might have provided, end up not being communicated. Steven Covey has been quoted to say, “Listen to understand, not to respond.”

When we allow others to speak and we listen, we gain valuable information. We show respect for the person speaking, we encourage a conversation, and we show self-restraint, maturity, and self-confidence.

Two nights ago, I went to a public session at our local university where former White House staffer, David Gergen spoke on a return to civility.  One of the first things he mentioned was the detriment the common culture of talking over and interrupting was having on our society.  We must learn to be better listeners.  I contend that if we teach our children to be better listeners and we role model it ourselves, the kindness will come for we’ll all have a better understanding of what was said and we will all feel valued. 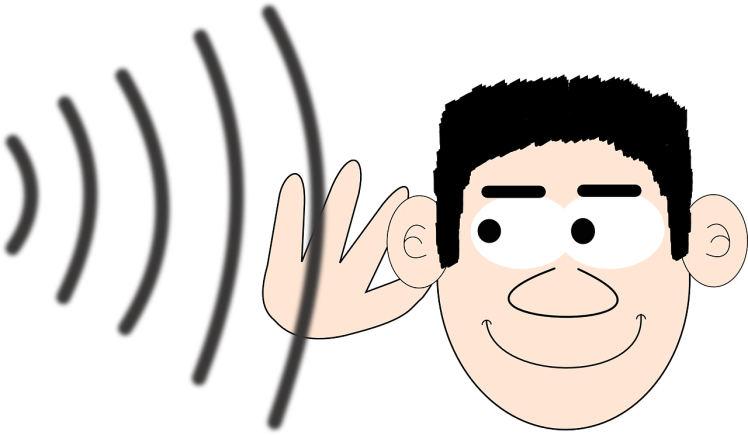