By this time, we usually have cherries. We have several varieties of sour cherries growing in our home fruit orchard.  Last year we were over flowing. At least four other families benefited from our bountiful cherry harvest last year. Unfortunately, we won’t be able to be so magnanimous this year. 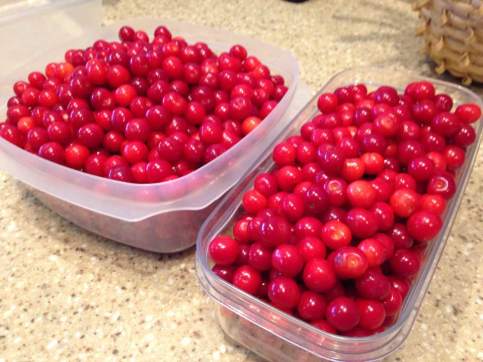 My husband is on soccer tournament duty this weekend for another trip to the Twin Cities with your youngest son, who is both an artist and an athlete.  This week, he produced an oil painting of Ian McKellen, and no less than 5 space paintings done with spray cans! All self taught with a little help from You Tube! Amazing!

But, back to the fruit. A couple of weeks ago, twisted stems and leaves were noted on our pear trees. In an effort to identify what was going on, an inquiry was sent to the Illinois Cooperative extension Facebook page after they had asked about Fruit Tree problems people were noticing this spring.  Just this afternoon, I got around to taking a photo.  With our wet spring, and continued rains despite above normal temperatures,  they have gotten enough water. They asked for a photo. I’ll send it even though we are a state over, our temperate climate is much the same.

Ah, Climate. I truly think we are really witnessing climate change. The weather has been truly odd. Not only are our cherry trees weeks behind, and the pear tree stems are curling, our apple and plum production will also be down this year.  As I took my evening walk yesterday, I noted that the sky was odd. It is not the first time I’ve noticed this. There were high cumulus clouds with wispy clouds forming an additional layer. I should have taken a photograph. We had eight inches of snow on April 21st, and the fruit trees had not yet budded. Thank goodness for that, but the continued coolness and rain until the very end of May obviously delayed pollination for all the trees in our orchard. Here in the mid-west, we went from Winter to Summer this year. We missed the mildness of spring. As far as our fruit goes, we will have some apples and plums, but not as many as last year, or the bountiful year of 2015.

At least our blueberries look good. Today, in an effort to help my yard caring husband, and also as a selfish move to keep some from the birds for ourselves, I began to cover our blueberry bushes with bird netting. We should have a decent harvest of those. That is, if we can keep the birds away. But, they need to eat too, don’t they?

And that’s the gist of it all! Isn’t it? Climate change affects us all: humans, flowers, and animals alike. At the risk of seeming argumentative, it is upon us. We will all need to adapt and work with the changes that are occurring in order to survive.

If you are interested in this subject, you can check out this article that references other places around the globe experiencing changes in climate and problems with plants: Plants and Pollinators “Out of Sync” in Europe by Bob Berwyn from InsideClimateNews.