In February, my husband and I visited White Sands National Park in New Mexico. It is our country’s newest National Park and being able to visit there just after it became one of our great protected parklands will always make it special to us. But, as amazing as it was, I am not sure it is my favorite.

We’ve been to several National Parks and by now, expected to have visited another, but  – well – you know what got in the way. It is, however, a great time to dream and plan about which park to visit next.  The impetus for my post today was an article I spotted on the internet about the least visited U.S. National Parks. The article tells us that one of the reasons they are not visited as readily as some of the other parks is that many of these parks are difficult to reach geographically because they are remote.

In talking to my family, most of us voted that our favorite was Haleakala.  Since that is the case, this week I share my insights with a visit to Haleakala National Park. This park is on the Hawaiian island of Maui.  Its main attraction is that Mt. Haleakala is a dormant (sleeping) volcano. It was no surprise to me that this was the U.S. National Park favorite for our family. We’ve been twice, in 2009 and 2015.  Both years, we visited Maui over Christmas break in December.

In 2010, we visited the summit of Haleakala Volcano just prior to leaving for home. We were “squeezing it in” not knowing what to expect. And, since it was somewhat on the way to the airport, why not?

It did not disappoint! Our kids were impressed! What kid would not be?  We looked out over the Calderon at the cinder cones and desolate landscape. It really was otherworldly – like how I imagined the surface of Mars to be. 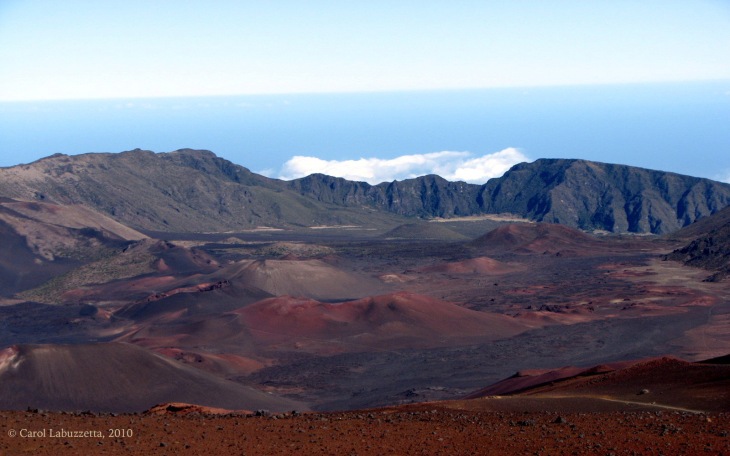 I cannot remember how long we were there, but I do know I did not want to leave. Quickly looking around for the rare Silversword plant (Argyroxiphium sandwicense subsp. macrocephalum) to snap a photo, we jumped in our rental car and left. It was a beautiful, sunny day. On the way down from the summit, we coasted as much as possible. My husband was determined to return the car as close to empty as possible! It was scary, in my opinion, but we made it for our red-eye flight home.

On this visit, we listened the park ranger describe the volcano to us and others who were interested. They really do not know when  Haleakala will erupt again, and as he talked there was a sense that we were in a dangerous place.  There are 850 different species of plants within Haleakala National Park according to the NPS website. Approximately, half of those are native, such as the Silversword. 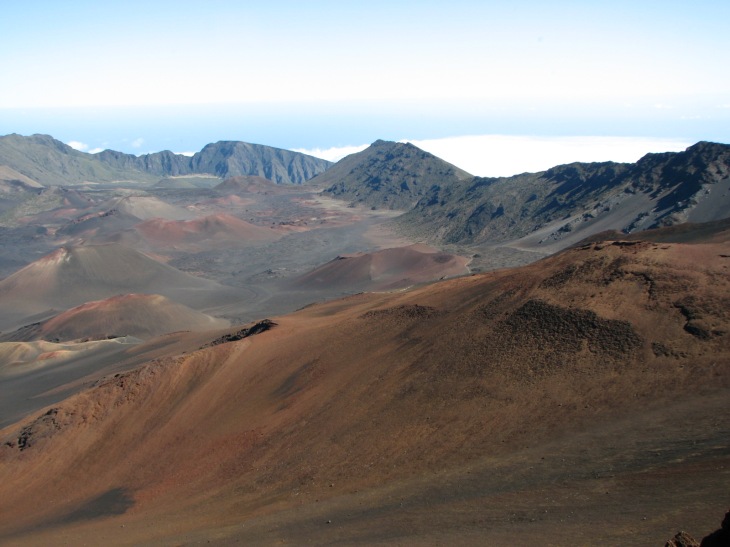 These last few hours of our trip to Maui in 2009 were to be among our most memorable. I am glad they were not scarred by running out of gas as we coasted down from the summit with the gas tank indicator hovering on empty. One of the nice things about Haleakala  National Park is that if you have traveled that far to stay on the island of Maui, getting to the park is only a mere, relatively short drive from anywhere on the island. It gives you no excuse for not going! And, believe me, it will be worth it!

Which is your favorite National Park? Tell me in the comments! Happy Traveling!

All of the photographs on this page are copyrighted by Carol Labuzzetta, whether watermarked or not. Thank you for not reproducing without permission.